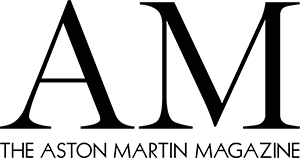 Michael G Wilson and Barbara Broccoli, the producers of the James Bond series, look back at their lives with 007, the partnership with Aston Martin and hint at how his character may evolve 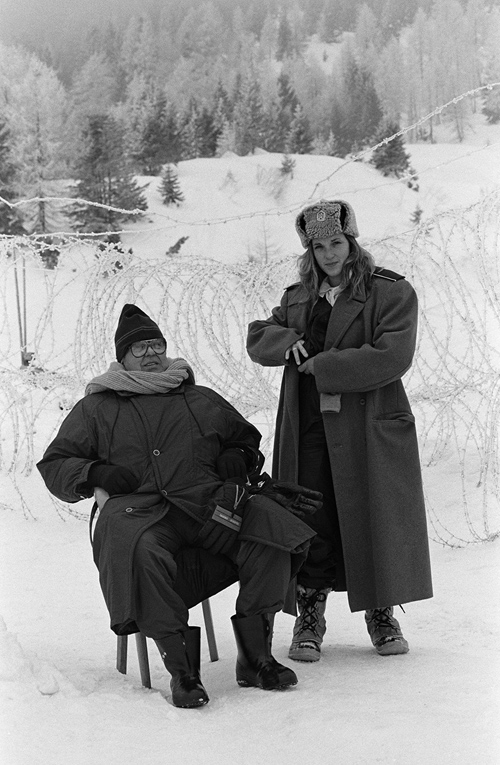 Barbara Broccoli and her father, Albert 'Cubby' Broccoli on location in Austria for The Living Daylights

am magazine: How did the relationship between James Bond and Aston Martin begin?
Michael G wilson: Ian Fleming originally had Bond in a DB MKIII in Goldfinger and Cubby (Albert Broccoli) and Harry (Saltzman) got an updated version for the film. The DB5, with all its gadgets, became the signature car of Bond. It has become one of the great partnerships in film.

AM: What do you think makes the pairing such a good fit?
Barbara Broccoli: Bond is British and we want to keep his cars British. Bond and Aston Martin have been synonymous for decades now and we wouldn’t want him to drive anything other than an Aston Martin. When it comes to each new movie, we sit down with the director and we look at what opportunities there are to feature the cars.

AM: Tell us how the idea to feature the classic DB5 in Skyfall came about?
MGW: The idea arose from discussions with the director, Sam Mendes, and the writers. The film was very much about Bond coming home, being shot on location in London and then Scotland for much of it, so there was a lot of the old and the new and the low-tech and the high-tech. We wanted to go off the grid in some ways and avoid simply using the latest model.
BB: Aston Martin has been a wonderful partner and we have a great relationship. They understood our thinking and agreed it was a great idea. The most important thing is that it was a truly integrated part of the story. Over the course of the movies, the role that the cars play can vary from film to film—sometimes there are big action sequences, such as the famous car-rolling stunt in Casino Royale or the opening chase in Quantum of Solace, and sometimes they are more intimate scenes. Wherever we went in the world and watched Skyfall, there was a cheer when he pulled up the door of the lock-up to reveal the DB5. Everybody has a thrill when they see the DB5. I think it’s like being a boy again. I remember the toy Astons with the rockets and the bullet-shield at the back. It’s all part of the James Bond experience.

“Wherever we went in the world and watched Skyfall, there was a cheer when he pulled up the door of the lock-up to reveal the DB5 ”

AM: Are the car stunts in the movies real?
MGW: The stunt scenes take a lot of production and, yes, they are most definitely real.
BB: The team loved the scene in Casino Royale at the Millbrook Proving Ground, where we rolled the car seven times, which was confirmed as a world record by Guinness World Records.
AM: Do you ever get behind the wheels of the cars on set?
MGW: (laughing) We don’t let anybody on set drive the cars except for Daniel (Craig) and the stunt team.
BB: We have several picture cars, which we use for promotional use. We had a few different ones in Quantum of Solace and needed them as we were using up a lot of tyres and had stones going through the windscreens during the epic chase at the beginning of the film at Lake Garda. Aston Martin sent out their whole technical team to assist with the shoot. 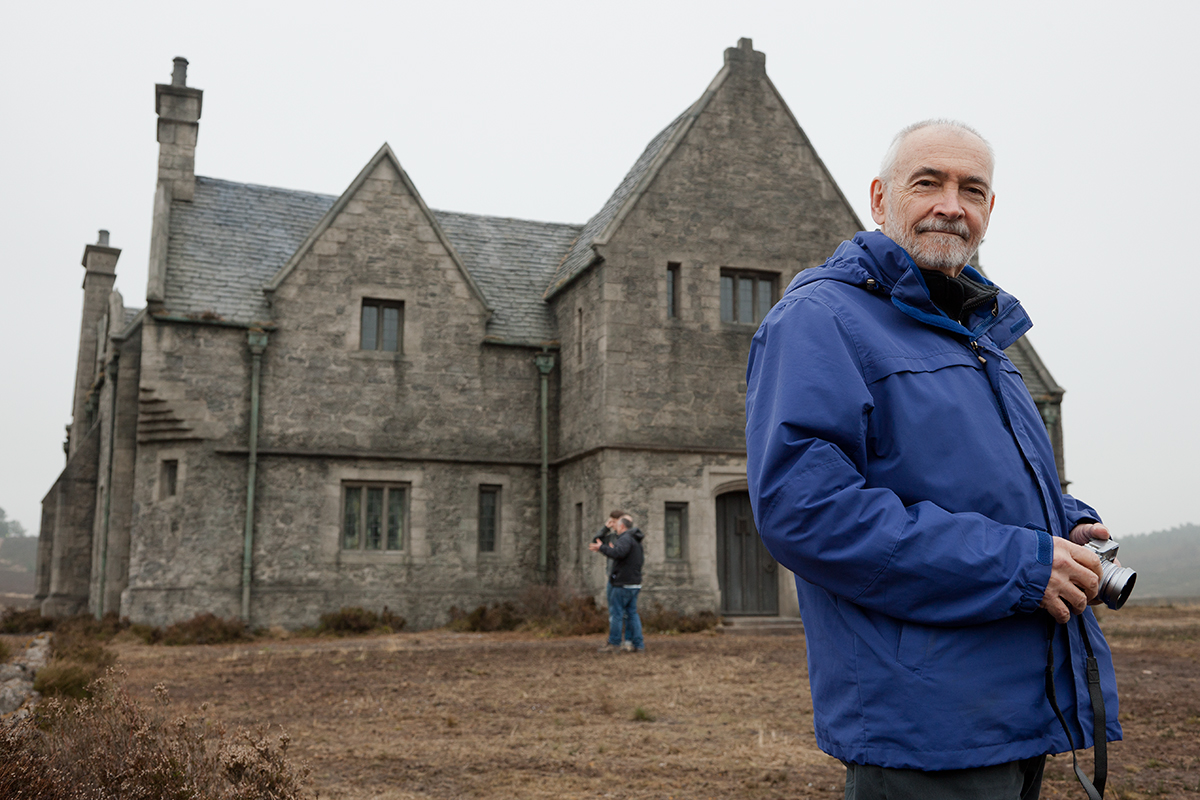 AM: Growing up with James Bond, how did you see the character?
BB: I thought that James Bond was a real person. It was only when I was 10 or 11 years old that I realised he was, in fact, fictional. As I grew up on the set, he loomed large in my life. As a character, I think he has evolved with the times and different actors have put their take on the role. I was lucky enough to know Sean (Connery) and George (Lazenby) and worked with Roger (Moore), then Timothy (Dalton), Pierce (Brosnan) and now Daniel. Each of them has re-interpreted the role to suit the times. The Bond as portrayed by Daniel is a 21st-century man. He has humanity and is also vulnerable. You get to see all of his inner conflicts and I think Daniel’s portrayal is spot on. When he first took on the role of Bond in Casino Royale, it was one of those moments when all the planets aligned—we had the right actor, the right role, at the right moment with the right script. He is somebody who can take Bond to these places that maybe we wouldn’t have realised possible before.
AM: Do you think the love affair between Bond and Aston Martin will continue?
BB: We’re very protective of our relationship with Aston Martin—it’s what the audience wants—so the answer is yes, we certainly hope so! 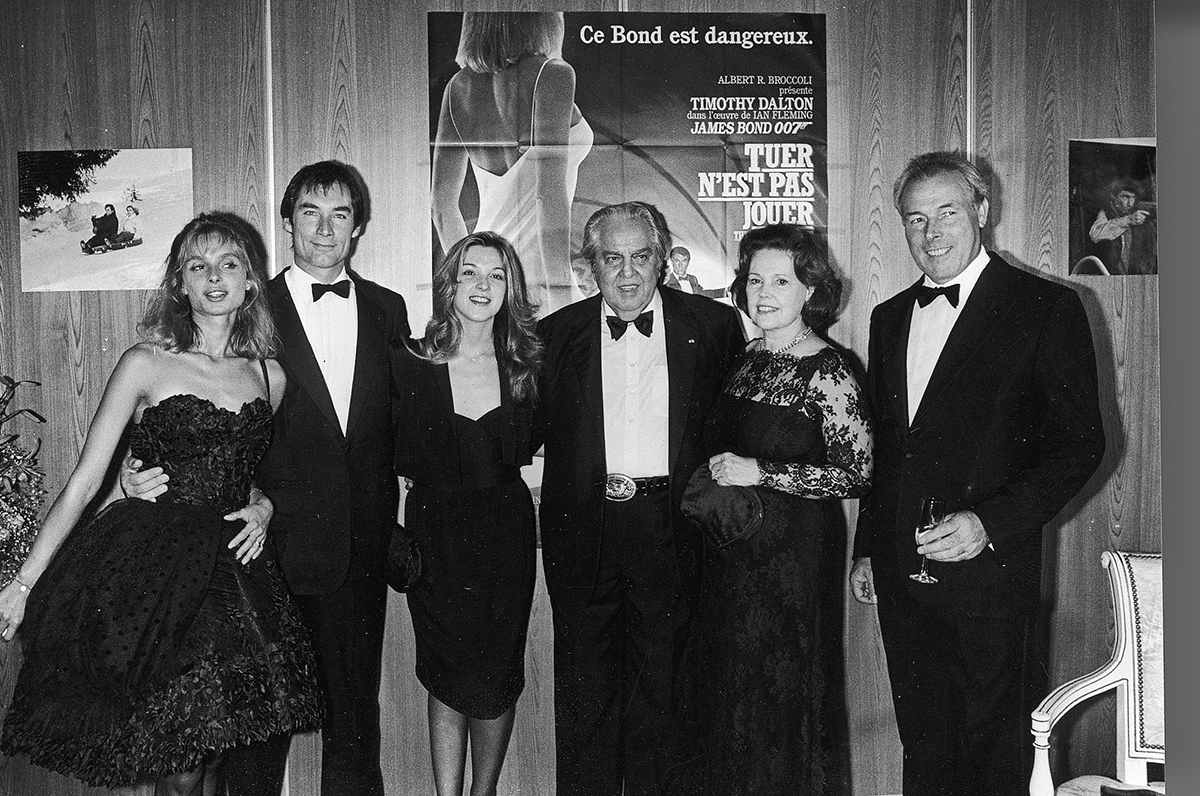 The French launch for The Living Daylights in 1987

AM: You don’t like to give away much about future films, but can you give any hints as to how Bond’s character may develop?
MGW: It’s hard to say—that’s a bit like gazing into the crystal ball! However, I’m sure Daniel will continue to develop the character. He has a lot of input into the way Bond is evolving and will continue to do so, along with the director of the next film (Sam Mendes again).
BB: Bond’s character is distinct: he’s British, he has a certain code that he lives by, he’s incorruptible but he’s also fallible. You have to remember with Daniel, the first film he did was Casino Royale, which was the first book. It explains a lot about his history and how he became the man he is. He knows he’s unable to really form a proper commitment with a woman because he may be captured, tortured, as he is in Casino Royale… he can put himself in that situation but he couldn’t put anyone else he loved, like a wife or a child, in that kind of jeopardy. So, I think with Daniel, it’s sort of come full circle and it puts us in a great position to move the character forward. 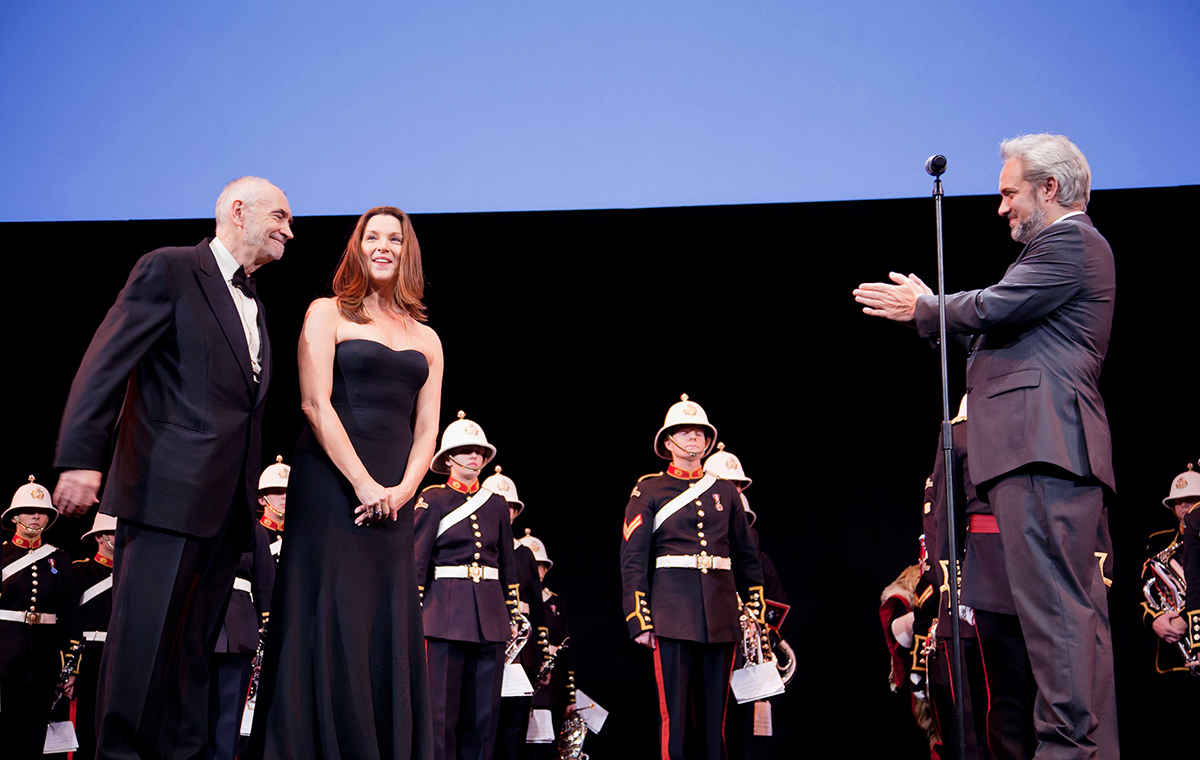 A golden era for ASTON MARTIN under David Brown was followed by a fight for survival in the 1970s and 1980s. 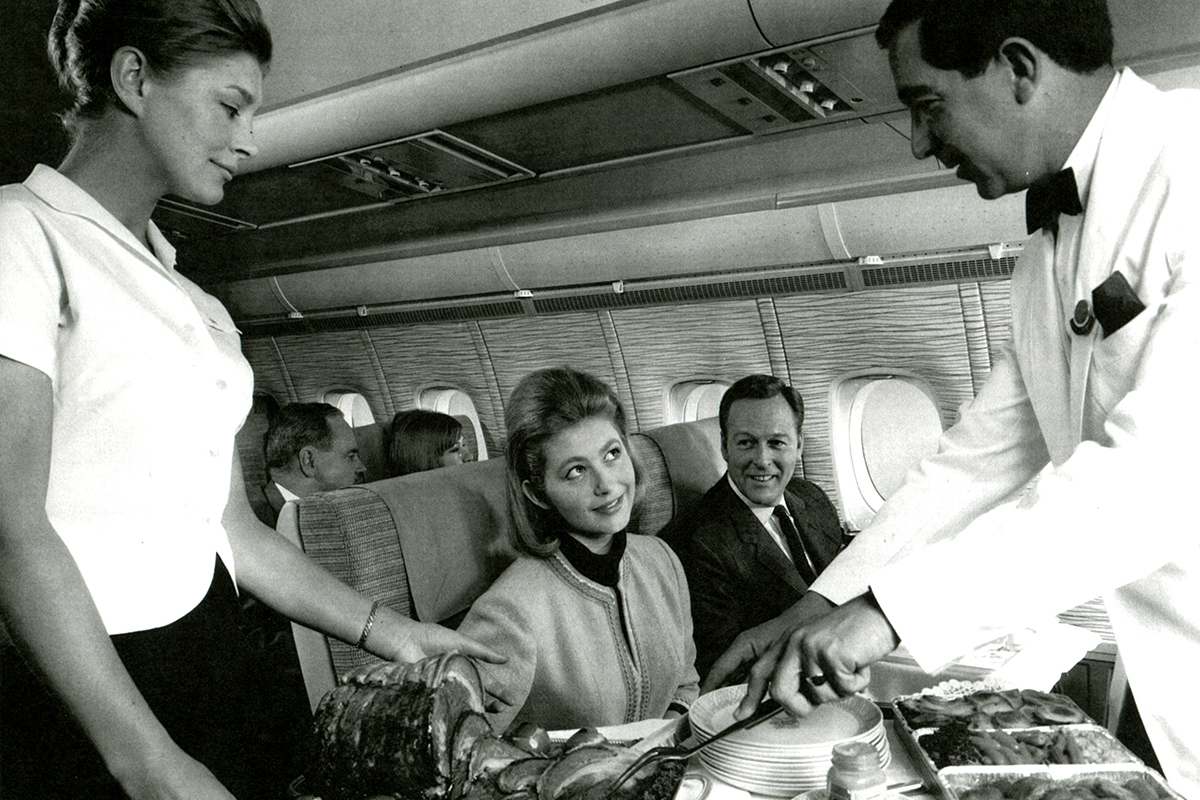 The golden age of air travel in the 1950s and 60s saw the international Jet-Set begin to travel the globe in previously unkNown style and comfort. 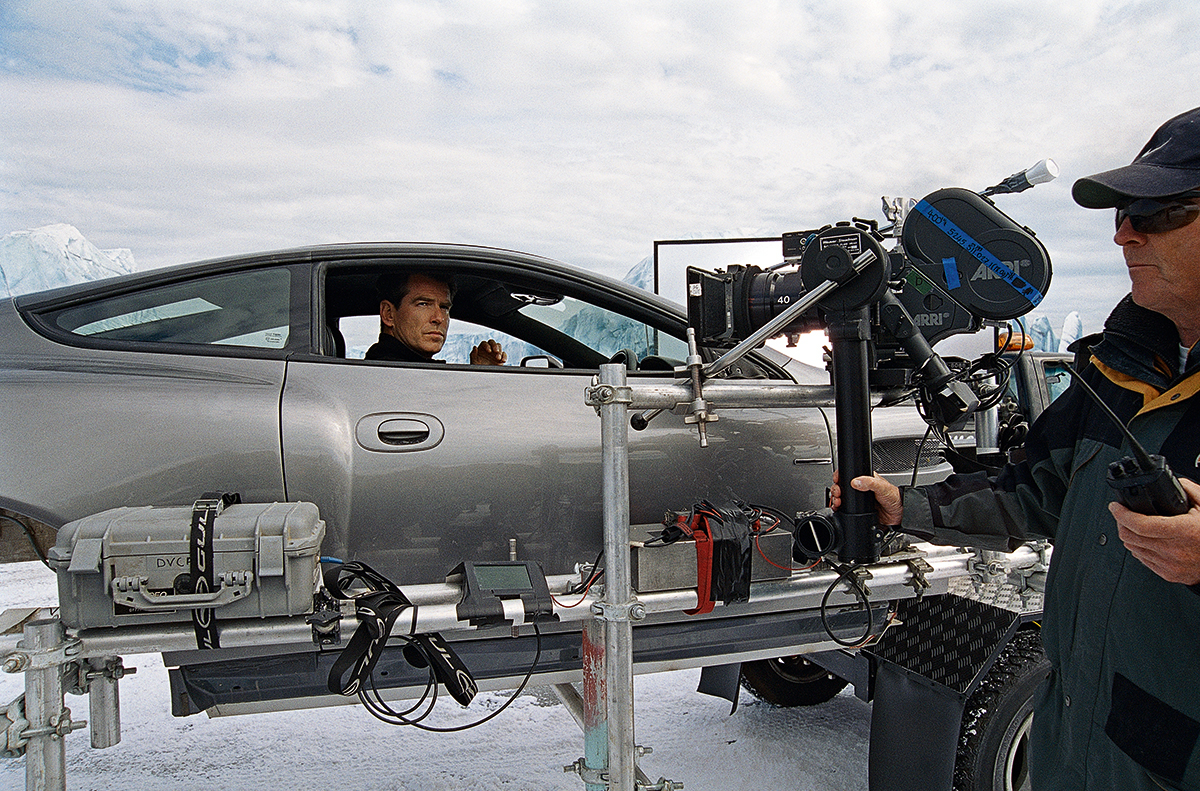 It’s hard to imagine James Bond behind the wheel of anything but an Aston Martin.

Michael G Wilson and Barbara Broccoli, the producers of the James Bond series...

AM Magazine is published on behalf of Aston Martin Lagonda by
Illustrated London News Limited
www.iln.co.uk