The The Continental O-300 and the C145 are a family of air-cooled flat-6 aircraft piston engines built by Teledyne Continental Motors.

Sanchez attempts to flee with this plane, but as said before, he literally gets picked up on the way. False registration N54743 (really N54748).

Cessna 172 in License to Kill 1989, Timothy Dalton as James Bond Sanchez attempts to flee with this plane.

On their way to Felix Leiter's (David Hedison) wedding, James Bond (Timothy Dalton) and Felix had to make a detour making a mid air arrest of Franz Sanchez (Robert Davi) trying to flea in a Cessna 172P. From the Dauphin Coast Guard helicopter shadowing the Cessna, 007 is lowered down midair to the Cessna, attaching a wire to the tail.

The registration number N54743 is fake. No plane had that registration at the time of filming - some sources says the number was changed from N54748. One of the four planes used for the filming was advertising for a skydiving company in Sugarloaf Airport, Sugarloaf Key, Florida. The plane is the one actually lifted and towed by the Coast Guard helicopter. It has a smaller engine just making the propellor spinning during the filming.

Cessna 172 in License to Kill 1989, Timothy Dalton as James Bond Sanchez attempts to flee with this plane.

Cessna 172 – Live and Let Die: Roger Moore’s James Bond certainly hadn’t developed his piloting skills, even when he visits The Bleeker Flying School in Live and Let Die. It looks like Bond is attempting an airborne escape as he jumps into a Cessna 172 with student pilot, Mrs. Bell, already waiting for her lesson. But, the Cessna never gets off the ground, and the airplane takes a severe beating in the process, as do poor Mrs. Bell’s nerves.

Cessna 172 Skyhawk – Goldeneye: Right from the start, Pierce Brosnan’s James Bond seemed like a natural behind the wheel of an airplane. In Goldeneye, we see him piloting two separate airplanes; a Pilatus PC-6, which he skydives into, in order to escape a chemical weapons facility in Russia, and a Cessna 172 Skyhawk, which he flies into Cuba in search of the Goldeneye installation. 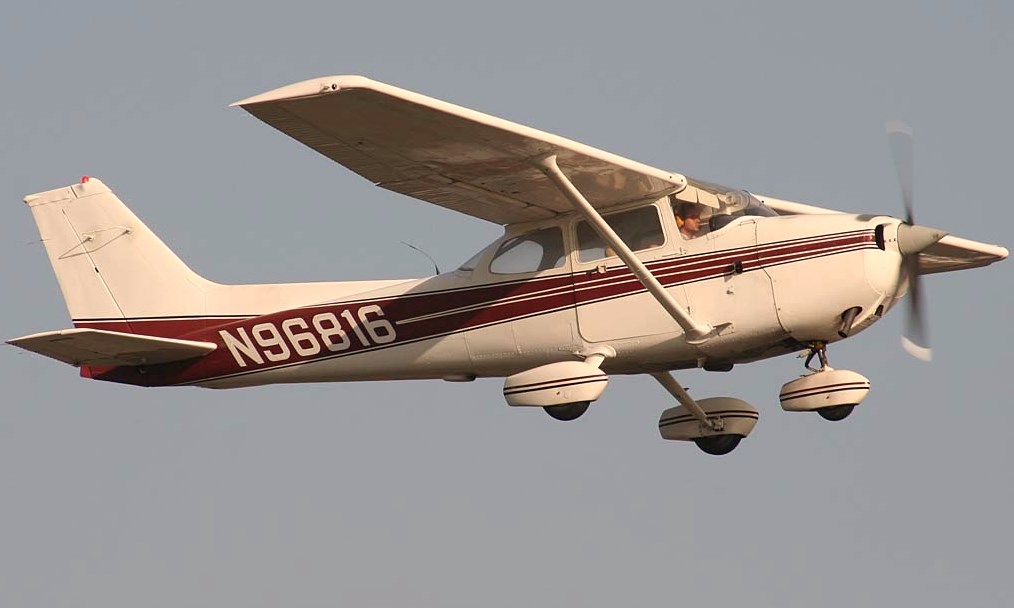 The plane James Bond and Natalya flies to Cuba in is a 1984 Cessna 172P Skyhawk, registration number N96816. Construction number: 17276119. This planes engine is a Lycoming 0-320 SERIES.
The plane is privately owned and located in Caguas, Puerto Rico.   http://sv.flightaware.com/resources/registration/N96816 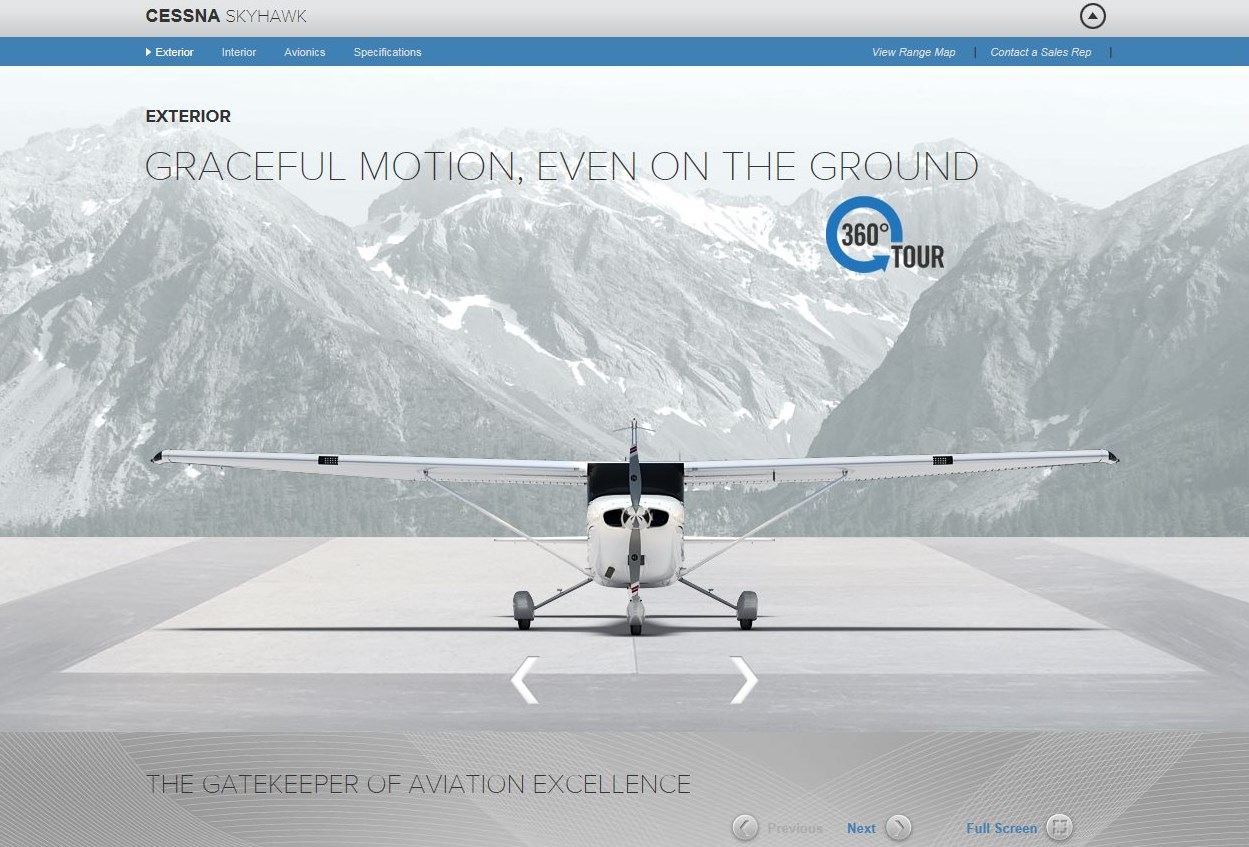 Performance data is based on the standard Skyhawk configuration, operating in International Standard Atmosphere (ISA) conditions with zero wind. Takeoff and landing field lengths are based on a level, hard surface and dry runway.

Actual performance will vary with factors such as environmental conditions, aircraft configuration and operational/ATC procedures.

Lycoming piston-aircraft engines currently power more than half the world’s general aviation fleet and are known for reliability and durability. This horizontally opposed, air-cooled, four-cylinder, fuel-injected aircraft engine provides the power of 180 horses.